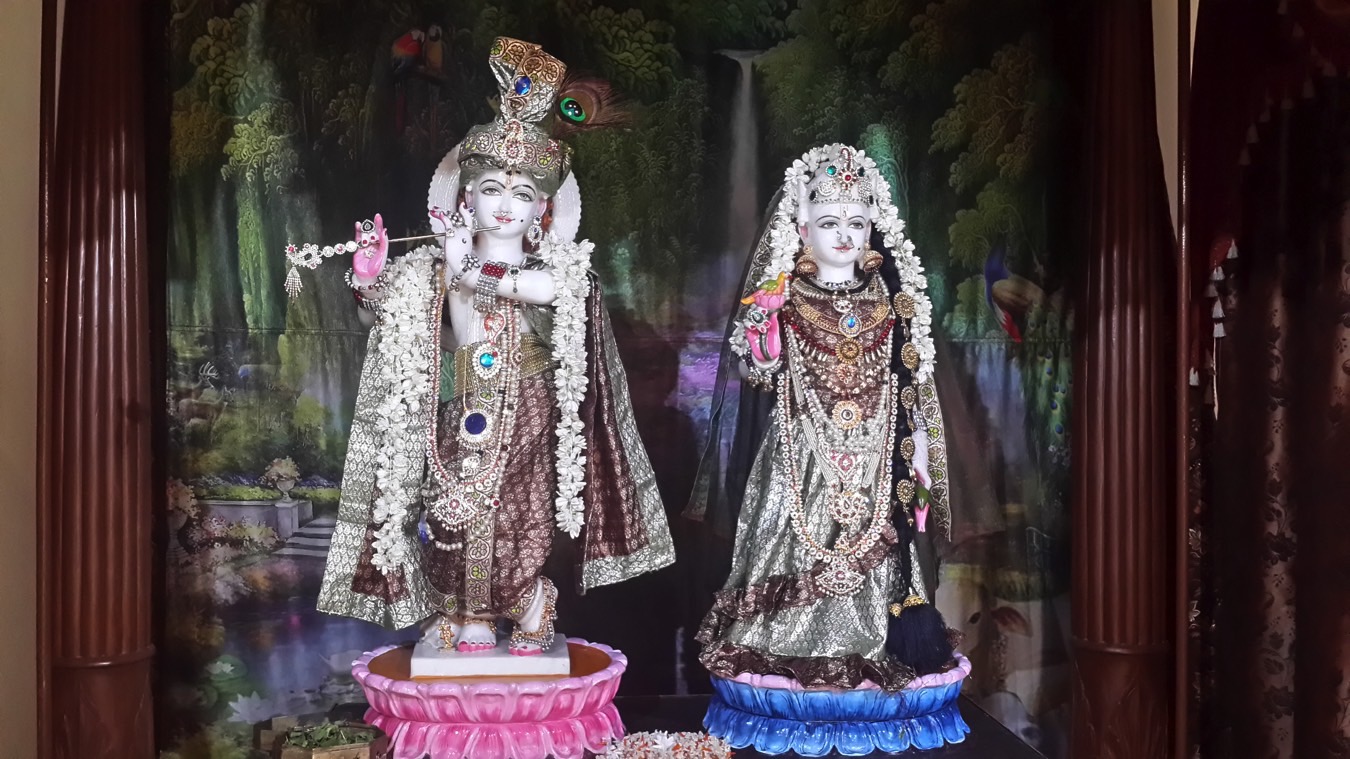 So, at the feet of Varadaraja Perumal, from where Ramanujacharya left for Srirangam and started his divine work, Sri Swamiji has created Keertanavali Mandapam as a monument to showcase Sri Sri Anna’s keertanavalis. All the songs of the keertanavali, have been engraved on stone and fitted on the walls inside the mandapam.

Keertanavali Mandapam is located adjacent to the 16 pillared (பதினாறு கால் மண்டபம்) mandapam which is around 200 metres away from the main entrance of the famous Varadaraja Perumal temple of Kanchipuram. Beautiful marble moorthis of Sri Krishna and Sri Radha Rani have been consecrated here, and regular mahamantra keertan takes place.

Divya Desams are those Vishnu kshetras that are sung by Azhwars in hymns called prabandhams which are 4000 in number. However, these are sung by Azhvars in Tamil language, and hence, generally known only inTamil-speaking places. So Sri Sri Anna has composed  very beautiful keertans about each divyadesam, it’s sthalapuranam, and the Perumal there, in Sanskrit, since Sanskrit is a common language for all. His intent was that everyone should know about these divyadesams.

It is managed by Shri Aravindan, a former student of our Sandeepani Gurukulam. It is owned and controlled by Jaya Hanuman Seva Trust.